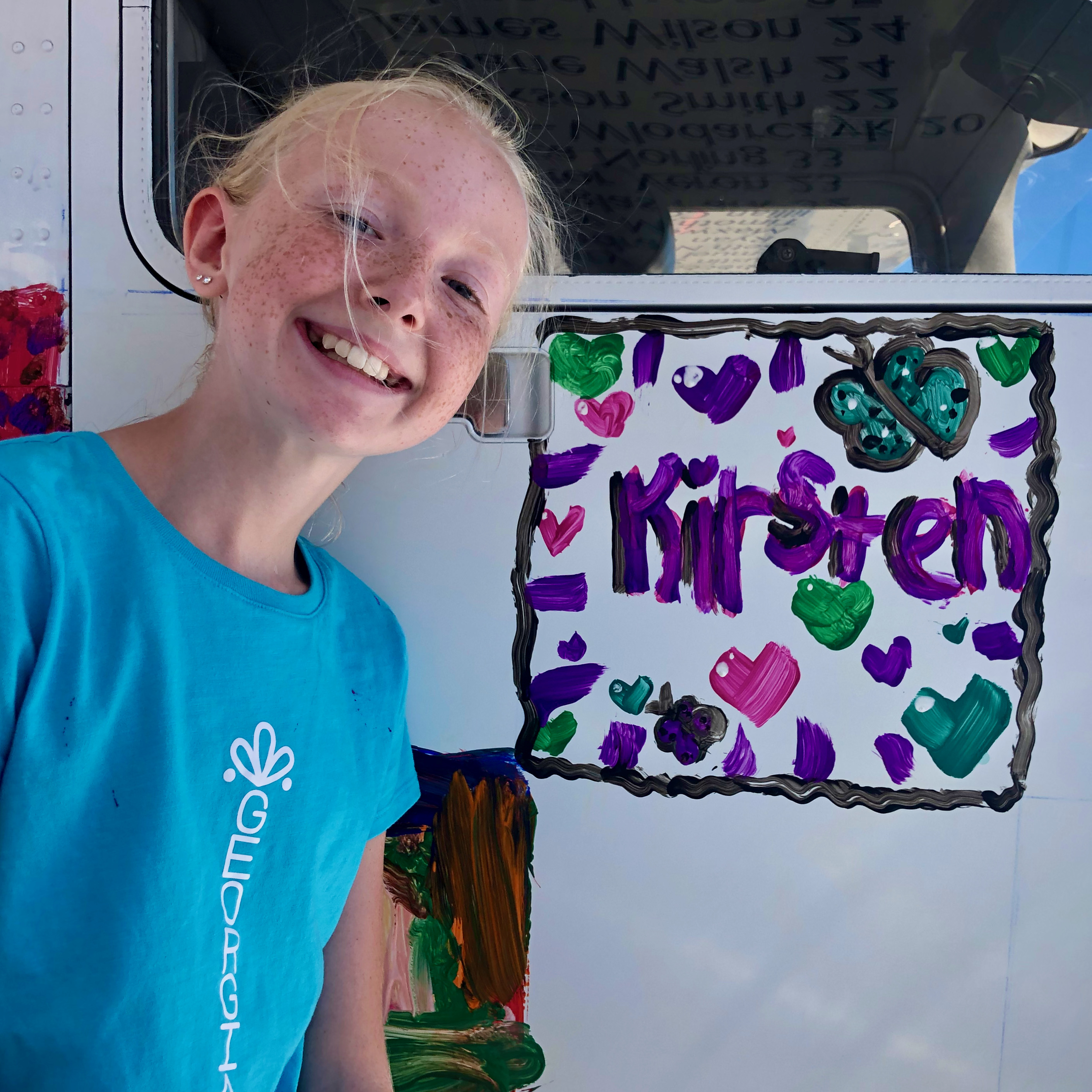 This sweet friend painted Kirsten's name on the plane in her memory at the Flights Above Addiction event in Truckee, California.

As real-time drama plays out in Afghanistan, the politics and complexities shroud some human parallels in confusion. The world’s children are inevitably the most severe and long-lasting collateral damage of the atrocities in which adults seem to want to engage.

I listened as an Afghan elementary teacher wistfully watched a playground full of her students play as she was interviewed by NPR. The joyful noise of laughter was, as she well knew, about to be silenced by the intrusion of the Taliban. The teacher had been an elementary school student during the days following 911, so she knew the fear and pain that she hoped would never be repeated. But what made her the most emotional was the thought of how long it would be, if ever, before these children would laugh, smile or play again.

It brings to mind the insurgency we face every day in America, when that same joyful noise is rendered silent by the careless and destructive activities that adults engage in, like illicit substance use, and widespread legal substance abuse. The smiles are erased and the laughter silenced forever as children as young as 9 are exposed and forever altered by drugs and alcohol. Exposure turns to addiction which turns to depression and ends in accidental overdose and suicide statistics of epidemic proportion. This isn’t the Taliban or religious fundamentalists that are terrorizing our population, but rather the profiteering and cavalier acceptance of adolescent drug and alcohol exposure that deadens a child’s ability to experience pleasure, social interaction and the world around them. Once a child “experiments” with drugs or alcohol, childhood ends-- swiftly, painlessly and permanently. The cacophony of silence is deafening.

This epidemic that killed a record 93,000 young Americans last year, and landed thousands more into homelessness is 100% preventable. The theft of childhood can be eliminated, but we need your help. There is hope and time, but it’s in short supply.

Join us now in preserving the laughter of childhood. Help ensure that bright clear eyes and joyous smiles are what greet us when meeting children. Give America the future that She promises.

August 31st is International Overdose Awareness Day. Let’s work together to make this day a relic of the past.

Together we can preserve and savor the most joyful noise known to man, a child’s innocent laughter.

Please join the SafeLaunch Parent Alliance. Join us whether you are a parent, a future parent, a business owner or a community leader.