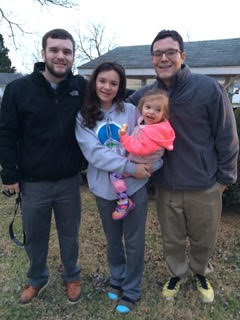 Phil was the middle child. He was very loved and close to his siblings. Phil's drug use started with marijuana in high school after that he found a Vicodin in my medicine cabinet, one that should have been discarded following a surgery. That led to the use of opiates. Phil suffered from anxiety, depression and ADD. He was highly intelligent but didn’t fit the mold in school, which caused him to be neglected. I worked endlessly to get him mental health support but was unable to find the help he desperately needed and wanted. He hated the way he felt. Like so many young people, he started to self-medicate which led to drug dependence. He just didn’t feel he fit in and struggled everyday. No one really knew this unless they were close to him, like I was. I talked to him and listened. Phil was the most happy person on the outside but struggled on the inside. He could make a room full of people laugh and gave the biggest, best hugs of anyone I know. I miss those hugs more than anything.

He always talked to me about his plans for when he got his drug use under control. He talked about how he and I would help so many others suffering from Substance Use Disorder when he got clean. Tragically, after 6 months of sobriety a trigger occurred and he relapsed, causing him to pass away from Carfentanyl poisoning. Phil had been so happy and looking forward to coming home.

We have to get out and educate the schools and kids at a young age, which is when it starts. Their brains are not developed enough to understand the harms that come from the use of these drugs. Today, I spend much of my time trying to advocate in my area and helping other families that are going through battles like the 8-year battle we had.  Phil had so much to offer the world, as did so many we have lost. The stigma is real and needs to stop. I never hesitate to talk about Phil or how he died. One of the passions in his life was planes and becoming a pilot. He felt so lost because he felt he could never accomplish this. I did try to get him to do it.  I feel that if I help at least one person, it is in his honor and know that he had something to do with it.

We miss you and love you with all our hearts!

Your contribution to SafeLaunch in memory of Elizabeth Baldwin's child helps prevent this tragic brain disease from taking the lives of other young people.
Donate
Remembering Phillip
Never give up!
About