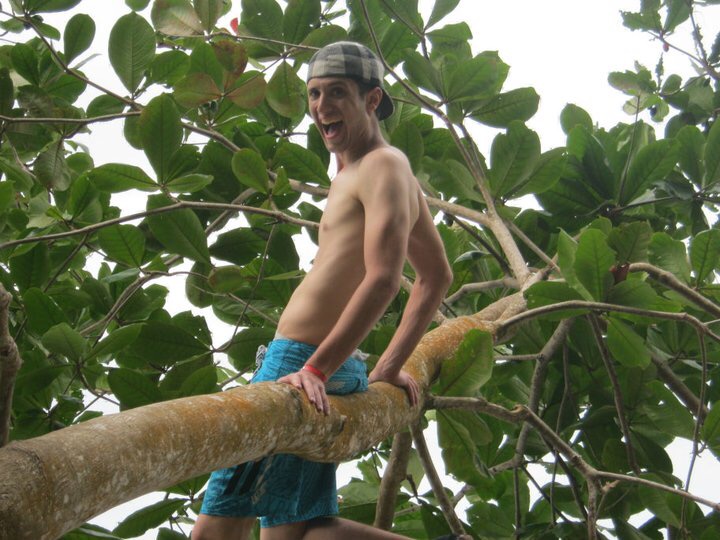 Brett’s passion for animals started in kindergarten. In elementary school, he brought home a dead bird and asked his mom to save it. She was afraid of bugs, and he was her avowed savior... but he would never kill them. He would pick up her offending spiders by the leg and set them free outside.

One time, as an adult, he was driving back to Los Angeles and stopped at a rest stop. There was a coyote, and he just started talking to it, named it and gave it water. When he died, his mom went down to the animal shelter and sponsored a kennel in Brett’s name.

His family moved to Las Vegas from Alabama after his parents divorced when Brett and his brother and sister were quite young. Therefore, they didn't get their mom's Southern accent. Brett used to make fun of how his mom spoke, telling her that her words were nonsensical. He'd say, “Mom, learn to use your words. That’s not the right verbiage.” He was fluent in Spanish and set all of their home TV's to Spanish. He texted in Spanish and studied in Costa Rica for a semester.

After his sophomore year in college at the University of Nevada, Las Vegas, Brett told his mom with tears in his eyes that he was addicted to pain pills. He said that he was taking 30 pills a day, and begged her to help him. She had no clue what that meant, or any idea that he had been taking drugs. Together, they found a rehab in Las Vegas, and that is where he was introduced to heroin. From there, it was seven more rehabs — a vicious cycle. After reading his journals, his mom discovered that he’d had a traumatic experience in college that perpetuated his use.

In December 2017, when Brett was in Las Vegas for the holidays, he and his mom did an "escape room" and had a blast. They really worked together to figure things out, just like detectives. That is a very fond memory for his mom.

About that time, his mom was growing concerned that he was going to relapse. He used to say, “Mom, everything is going so good; I just know something is going to happen.” He was in between shoots as a production assistant, and trying to get another job. He relapsed and put himself back into rehab in January. After Mother’s Day, his sister announced to the family that she was pregnant her first child. On that morning, Brett was fine. The next day his mom got the call that Brett had overdosed and died.

Brett’s major in college was international business with a minor in Spanish. He went to UNLV for two years, then went to rehab in Alabama and transferred his credits to the University of Alabama so he could continue his studies. When he died, Brett had more than enough credits to graduate. In August 2019, UNLV awarded Brett with a degree posthumously.

His mom has a plaque of him in her garden, and carries his “One Day at a Time” recovery coin to all the addiction awareness events she organizes or attends. Every day, his mom is reminded of him. While driving home a couple of months ago, a coyote stopped right in front of her car, and just stared at her. She thought, "Is that you, Brett?"

Brett often said that his mom didn't understand and she says he was right. She wished that she could have known the pain he was feeling and been able to comfort him. It wasn't until reading his journals after he passed that she learned of the trauma he carried with him. When he was alive, Brett was fully aware how much he was cherished, but what his mom hopes that he knows now is that she does understand.

Your contribution to SafeLaunch in memory of Debi Nadler's child helps prevent this tragic brain disease from taking the lives of other young people.
Donate
About