Selling Addiction Hurts Us All 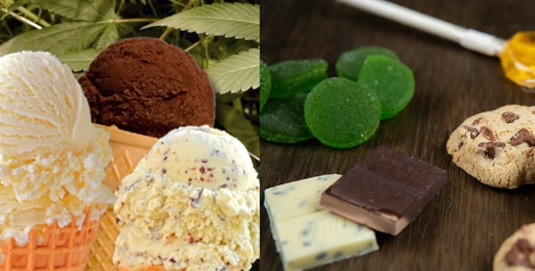 Do these treats look appetizing and attractive to you?  Do you think your toddler or favorite pet might see them the same way?  Every year, the number of recorded accidental poisonings caused by products like these would shock anyone.  Small children have been rushed to the emergency room, sick, lethargic and comatose.  Look at the baby pictures on your wall and for a moment, imagine this scenario.  Many families were not aware of the risk to their loved ones and suffered the actual horrific consequences.

If you are a parent or grandparent, know that your children are being enticed by hundreds of fruit, chocolate and cinnamon flavored alcohol and nicotine products, as well as high THC marijuana gummy bears, ice cream, cookies and drinks designed to attract them. By the time a child turns 12, they will have seen tens of thousands of advertisements and packages glamorizing drug and alcohol use, but the ads and labels do not warn about the risk of addiction.

Public service announcements warn the public about dangerous situations, substances and activities that can cause injury or death. Public service announcements about the use of alcohol or other drugs should be funded by the industries that produce them. For example, the tobacco industry was forced to fund a very successful anti-smoking campaign, but only after they were sued at great expense and it was proven to multiple juries that their products cause cancer and death.

Now we have giant corporations like I​n​bev and A​l​tria, among many others, promoting and selling products that cause substance use disorder and addiction, the incurable brain disease that kills hundreds of thousands of Americans, disables millions, and causes millions of children to grow up without their parents. While Americans have accepted these tragic consequences of the freedom to use intoxicants, the unintended negative health outcomes, crime and what many call “homelessness” continues to grow.

Unfortunately, it’s gotten more complicated. Companies that make beer, cigarette and other nicotine products have partnered with newly legalized marijuana companies. These new products are being infused with THC, the psychoactive ingredient in marijuana, in amounts ranging from 10-90%.

Marijuana, particularly high THC marijuana, has been found to exacerbate mental illness, including anxiety and depression. The American Society of Addiction Medicine warns against any cannabis use in youth, adolescents, young adults, persons with a history of mental illness, substance use disorders, as well as persons who are pregnant. There is much we don’t know about the long term use of high potency THC because never before have we exposed this many people to it. Cannabidiol, the only federally-approved drug derived from non-psychoactive hemp is known to have 452 pharmaceutical drug interactions. How many drug interactions might there be from non-FDA approved marijuana? Where are the public service announcements? Where are the warning labels? Who is responsible when people are harmed by the THC containing products sold in retail stores? These are important questions.

In addition, corporate efforts to “decriminalize” the use of street drugs are gaining momentum. While the black market for all drugs, including fentanyl, methamphetamine, and other synthetic drugs is growing rampantly in this country, tens of thousands of people continue to die from accidental overdose. In light of these facts, it is imperative that legislators understand the science of addiction and consider the consequences of their actions through the lens of protecting our youth from early drug use.

The public may not, but the alcohol and drug companies know that nine out of ten Americans who currently suffer from substance use disorder first used nicotine, alcohol or THC before age 18. Their business models depend on the fact that every young nicotine, alcohol or THC customer is a potential customer for life. Although it’s illegal to directly target children with addictive product advertising, lobbies representing the their industries are powerful and many laws that would protect youth go unenforced.

It will come as no surprise to learn that many elected officials accept large campaign donations from the various addiction-for-profit industries. Nor will it surprise you that those same companies are allowed to flood retail shelves with eye catching, addictive consumables. But, without bold product warning labels and public service announcements, how can parents know to protect their children when there is a lack of consistent drug prevention programming in schools, or common sense laws that limit advertising where they live, learn and play?

If what you have just read concerns you, please join the SafeLaunch Parent Alliance. Alliance members help us educate young families and legislators about the risk of early alcohol and drug use.

Informing families, schools and communities that the only safe amount of adolescent exposure to alcohol and other drugs is zero. #onechoice
Selling Addiction
Selling Addiction Hurts Us All
About