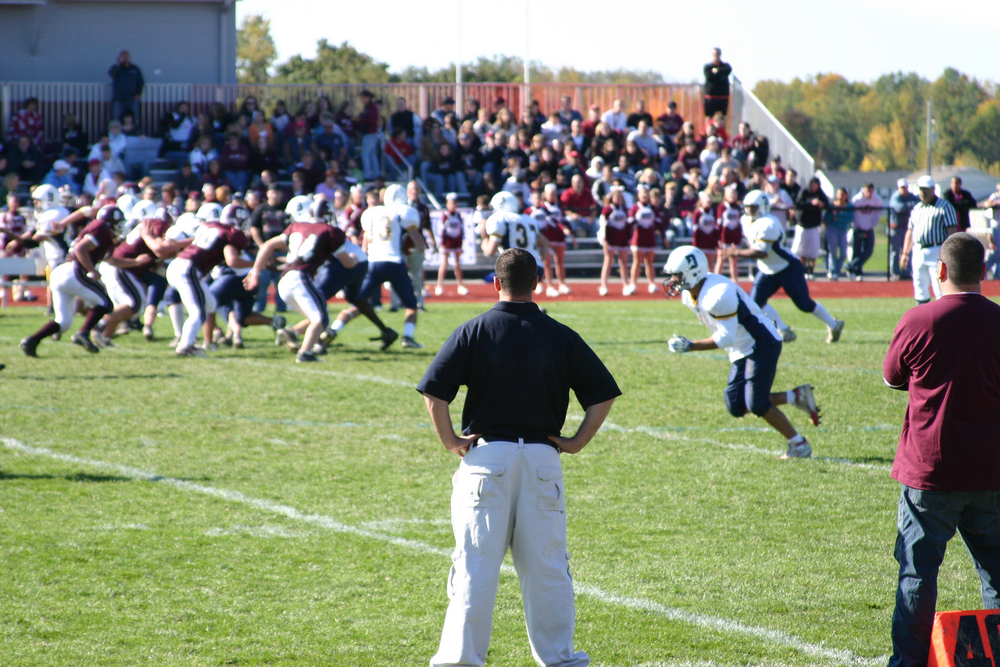 Rudy Vincente grew up in a small working-class subdivision of Los Angeles called Southgate.  His Dad, Rudolpho Vincente, Sr., was, along with his bride Francesca, an Italian immigrant lured first across the ocean and then across the country to build a better life in a very magical and mystical place called California.  He had landed a good factory job at the new Firestone plant and was immensely proud of the fact that he was able to buy a small house, a second hand automobile and provide for his young family.  Most of all, Rudolpho was proud of his adopted country, while being saddened and horrified by the rise of Mussolini and the fascists in his home country.  The entire family had to bear the derision of their fellow Americans for being “off the boat”, and whatever ethnic slurs hurled their way.  It was tough, but the neighborhood also had expats from Germany and Japan, so the Vincente family got off relatively easy.

Rudolpho wasn’t bitter and bore the insults with the grace and confidence that his new country, of which he was a passionate citizen and patriot, would prevail in a world gone mad, angry and confused, if he just kept his head down and did his duty.  Young Rudy wasn’t as forgiving, and often came home with a new shiner, a fat lip or a torn shirt.  He was also tasked with defending his younger sister, Isabella, who was beautiful, shy and also ostracized for her heritage.  Fortunately, Southgate High had robust sports programs for young men where Rudy excelled, got stronger and, most importantly, gained respect and popularity.  He played quarterback and safety on the football team, was recognized as a leader and learned what it meant when teammates had one another’s backsides covered.

Rudy got a look from a few four year college programs, both in football and baseball, but didn’t feel like he could wander too far from home, leaving Isabella undefended.  The Compton Junior College coach was thrilled to have him, and by mid-way through his first season, he was dubbed “The Compton Terror”.  But the war loomed, and young men were being drafted right and left into the service, unless they volunteered.  Rudy was turning 19 and, rather than have the service select which branch he would be a part of, he chose to join the Marines.  Rudy’s performance on the aptitude tests in basic, along with the fact that he was a “college boy” caught his C.O.’s attention and he was sent up for training as a Corpsman.

Little did young Rudy know that the brass was gearing up for a possible invasion of Japan’s mainland, which meant preparing for heavy casualties.  They were going to need medics as the push to capture strategic islands and airstrips meant beach landings.  Unlike the enemy in the European theater, however, the Japanese soldiers were more apt to fight to the death, making an invasion particularly treacherous.  Rudy had been a small college All American and was a tough customer on the gridiron, so he figured to be a guts and blood leatherneck, but his superiors recognized his aptitude and also knew the harsh realities when rough and ready young men got their first taste of the horrors of real combat.

Rudy’s first tastes of gunfire were the strategic attacks on places like Truk Atoll, the Carolines and Palau, where the drill was heavy bombardment and air cover preceded relatively short and successful missions, rooting out small bands of Japanese forces and capturing airfields.  The big one was coming, however, which was an assault on Iwo Jima providing valuable assets in the preparation for hitting the mainland.  The brass didn’t sugarcoat this one.  They were committing 70,000 troops backed by warships and air cover.  As they lined up in February of 1945, Rudy and his fellow corpsmen were going in on the second and third waves to pick up what was left of the first wave.  They had learned some tough lessons on the beaches of Normandy and didn’t want to repeat the experience.

Battleship cannons released holy hell on Mount Suribachi and the beaches leading up to it.  Planes made sorties and dropped serious ordnance that rearranged the tropical landscape.  There wasn’t much of a chance that anything could survive.  A ceasefire was called to let the first wave land.  The gates of the landing craft splashed down and prayerful soldiers charged out onto the volcanic sand to dig in and work their way forward.  No resistance.  “All the Japs must be dead” was the word being passed.  The second wave followed by two more.  Zip.  Moving in that volcanic sand was a true bitch and bivouacking in a foxhole was a useless endeavor.  Rudy hustled his gear ashore, his heart pounding so loudly in his ears that he could have easily mistaken it for cannon fire.

Finally, the order was given for the first line to advance to the base of the mountain when suddenly all hell rained down from the jungle and cave openings in the mountainside.  The bastards had drawn them into the killing zone.  Metal fragments whizzed by everywhere hit soldiers were screaming “Medic!”, and detached body parts littered the beach.  Rudy was sure he had shit his pants, but that was not an issue right now.  He had to render aid when and wherever he could, and pray to God he wouldn’t catch one himself.  The piteous screams of wounded and dying men, mixed in with the dull thump of nearby mortar shells exploding in the sand would live indelibly in Rudy’s memory for the rest of his life.  Today, however, he just wanted to have a “rest of his life”.

Rudy was crawling from soldier to soldier, applying tourniquets, pressure and giving out morphine sticks like Halloween candy.  He wasn’t clergy, but he said more rosaries for dying marines than he had ever said as an altar boy and administered last rites to a number of his comrades.  Everyone got religion on the beach that day. By the end of this operation, more than 7,000 of his fellow Marines would be casualties.  21,000 Japanese would be killed or end their own lives to avoid capture.  Only about 200 of them were captured alive.  What a pitiful waste of humanity for a godforsaken rock.  Who the hell makes these decisions, anyway?

Eventually, Rudy was shipped back to Pearl Harbor to stage for the final push into the mainland.  The Enola Gay scrubbed that detail, much to Rudy’s relief.  Rudy had, in the meantime, become very regular at Tanaka’s Tiki Bar, which was less than a mile from the base.  Rudy wasn’t a gregarious drunk, nor an angry drunk, prone to pugilism.  He didn’t want to talk about fucking Iwo Jima with anyone, just sit at the bar, get tight and stumble back to the base.  He wasn’t alone, and a lot of guys were like him...get hammered and keep to yourself.  His days were spent assisting at the base hospital, changing dressings and doling out pain meds.  He was noticing that guys, even as their wounds were no longer critical, would need ever-increasing doses of medication.  They were never denied, and who could blame them?

Rudy was transferred to Oakland, doing similar duty at the veteran’s hospital while waiting for his discharge.  He wasn’t smiling much these days and he was drinking alone at night by choice.  It struck him that a lot of guys were not getting away from their pain meds, even after they’d been discharged.  Everyone gave a lift or bought a meal for a serviceman in those days, but some of them became broken down hulks, living on park benches, hustling packs of smokes and shuffling their way back to the base dispensary.  It hit him that the drugs were taking these guys down the tubes.  It would dawn on him a few months later that the bottle had the same plans for him.

Rudy was a hero back in Southgate and everyone wanted to buy him a drink, but alcohol was no longer a reprieve for him.  He had 3 years of collegiate eligibility left, and a small coastal teacher’s college that was about to join the UC system made him a full-ride offer.  Rudy transferred his anger and pain into a workout regimen that would have killed his DI back at basic.  Isabella had finished high school and had started secretarial school, so she was gaining more and more independence.  Rudy made it up to Santa Barbara that fall to be the starting quarterback for the inaugural UCSB football team.

Santa Barbara was a beautiful spot, and was the home to many immigrants from Italy who were either fishermen or stone masons.  Best of all, because it had been a teacher’s college, the school was predominantly women...beautiful girls of Italian heritage.  Rudy studied mathematics, football and, most of all, Maria.  They were married just after his junior year, and his GI bill supplemented his scholarship so they could move into married student housing to begin their lives together.  They would both go on to become teachers and Rudy would take an assistant coach’s job at the local Catholic high school.

Rudy’s boss was the head coach, an old gnarl with a pug nose named Stump McElroy.  Stump was old school, and his boys came to attention, began and ended every sentence with “Sir”, and exuded discipline from every pore.  Rudy didn’t break protocol, but had enough of the military regimen, so he decided that his coaching name would be “Vinny”.  Coach Vinny would become one of the most impactful and memorable men in many boy’s lives to come.  He left the battleground behind in Iwo Jima and was finally home.  Life was coming back into focus, but he never forgot the harsh lessons of the war and the drugs that turned the lights out for so many of his fellow veterans.  His new mission was to honor his fellow servicemen by ensuring that the next generation would not be sucked down that same drain.  He would be “Coach Vinny” and receive the utmost deference and respect.  He demanded maximum effort, but any boy that played for Coach Vinny knew that he loved them and that they mattered.  At no stage during their playing careers or future lives could they imagine letting him down, and he would always be their rock.

Informing families, schools and communities that the only safe amount of adolescent exposure to alcohol and other drugs is zero. #onechoice
Football Hero
Football Hero
About